Xerox managed print services (MPS) customers will have the opportunity to contribute to the reforestation of global forests through Xerox’s new partnership with PrintReleaf.
Corporate, Citizenship, Environment, Research and Development - Feb 23, 2018

Xerox (NYSE: XRX) has been recognized by the Ethisphere Institute, a global leader in defining and advancing the standards of ethical business practices, as one of the 2018 World’s Most Ethical Companies.
Corporate, Citizenship, Environment, Research and Development - Dec 12, 2017

In a head to head comparison of the largest publicly traded corporations nationwide, Xerox (NYSE: XRX) was recognized for outperforming its peers in a number of areas including worker pay and treatment, job creation, community involvement and providing products that improve life and do not harm the environment. Xerox was named one of America’s most JUST companies according to a survey conducted by Forbes and JUST Capital, a nonprofit that ranks the largest publicly traded corporations in the U.S.
Corporate, Citizenship, Environment, Research and Development - Nov 14, 2017

Xerox Unveils Speaking of Work, a Book Collaboration Among 14 Celebrated Writers and Creative Talents in Support of Global Literacy

A one-of-a-kind literary collaboration released today, titled Speaking of Work: A Story of Love, Suspense and Paperclips, tells the ultimate story of the modern workplace. The book is the culmination of Xerox’s (NYSE: XRX) Project: SET THE PAGE FREE™, in collaboration with the 92nd Street Y. Fourteen award-winning international writers and creative talents each contributed their views and memories of work and working. The free eBook can be downloaded at www.SetThePageFree.com.
Corporate, Citizenship - Oct 06, 2017

Xerox Offers Behind the Scenes Look at Epic Book Collaboration on SetThePageFree.com

A book collaboration of epic scale is underway with 14 celebrated and award-winning international writers and creative talents. Xerox’s Project: SET THE PAGE FREE will feature chapters by each of the contributors – including a poem and a song – that together tell the ultimate story of the modern workplace, each with a unique creative perspective on the working world.
Citizenship, Graphic Communications - Jul 10, 2017

Xerox and Electronics for Imaging (EFI) once again partnered this year to support the SkillsUSA Championships, which were held June 21-22 at Louisville’s Kentucky Exposition Center. 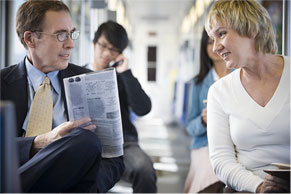