At the White House Demo Day today on inclusive entrepreneurship, President Obama referenced Xerox’s (NYSE: XRX) long established diversity program and the company’s renewed efforts to increase the ranks of minorities and women in management with the introduction of its “Wilson Rule.”

Just as the “Rooney Rule” ushered in diversity in NFL head coaching positions, the “Wilson Rule,” named after Xerox’s first CEO Joseph Wilson, will help drive diverse representation at all levels of management throughout Xerox. The Wilson Rule will require that women and minorities be among the final pool of qualified candidates for every open management position in the U.S.  Women will need to be among the finalists outside the U.S.

“Xerox has a long history of promoting diversity in its ranks,” said Ursula Burns, Xerox chairman and chief executive officer. “Because of the leadership over a half-century ago of one man – Joseph C. Wilson, the first CEO of Xerox and a champion of equal opportunity – diversity became part of our value system – part of our DNA. Today, we have one of the most diverse workforces in the world. Through that diversity of backgrounds and perspectives, we gain the benefit of different ways of looking at our business, leading to innovative breakthroughs for our customers and more engaging work for our people.”

Damika Arnold, Xerox Global Diversity and Inclusion Leader, who attended the event, said, “Our leadership team is representative of Xerox’s commitment to selecting the best candidates based on skills, knowledge and achievement. The ‘Wilson Rule’ will ensure this practice continues throughout our company.”

Xerox was one of approximately 35 companies participating in the White House Demo Day, celebrating the important role entrepreneurship plays in America’s economy. The event was hosted by President Barack Obama.

Unlike a private-sector Demo Day, where entrepreneurs and startups pitch their ideas to funders, these innovators from around the country “demoed” their individual stories.

The Demo Day event showcased why it’s important to give more entrepreneurs from all walks of life a chance to turn their ideas into vital products and services, and included other new announcements, like the “Wilson Rule,” that support inclusive entrepreneurship.

About Xerox
Xerox is a global business services, technology and document management company helping organizations transform the way they manage their business processes and information. Headquartered in Norwalk, Conn., United States, we have more than 130,000 Xerox employees and do business in more than 180 countries. Together, we provide business process services, printing equipment, hardware and software technology for managing information -- from data to documents.

Xerox to Expand Board, Nominate Nichelle Maynard-Elliott and Margarita Paláu-Hernández for Election at 2021 Annual Meeting 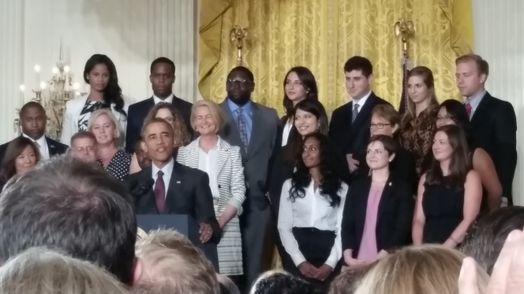